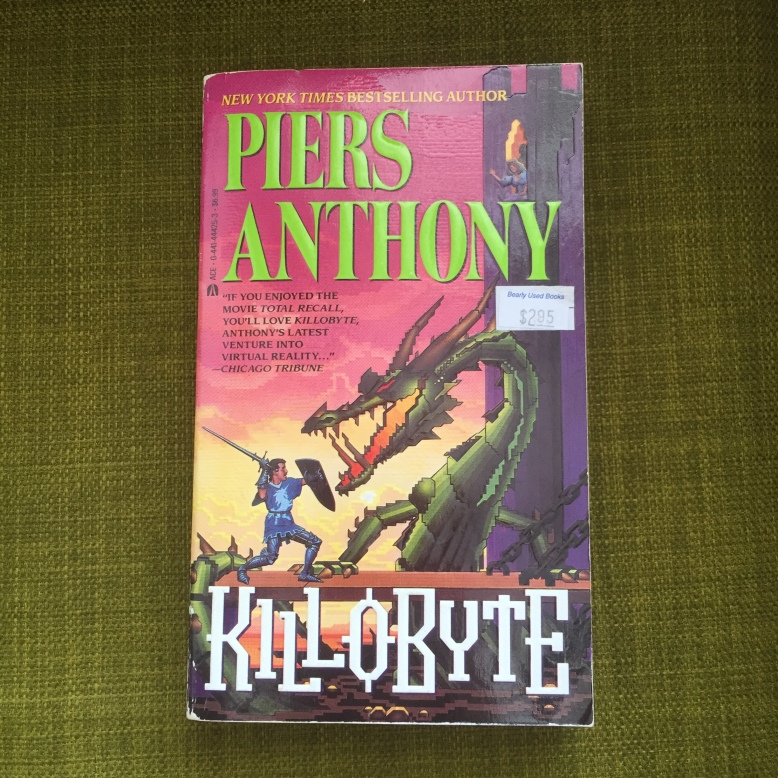 When I found this at the thrift store I had to buy it. It didn’t cost much but it’s valuable to me.

A couple weeks ago I shared my reply from Justin Trudeau and said that I had more mail to tell you about. Since today is the anniversary of my diabetes diagnosis it’s the perfect time to share this email I sent in January:

I’ve been meaning to write to you for almost 19 years because I want to tell you what a major impact you have had on my life (and it’s probably not in the way you might think.)

I read Killobyte when I was 16 years old and quite enjoyed it.  It was exciting and a bit scary but what I really loved were the characters.  They felt very real and because of that they were memorable.

A few months later I started feeling tired and kind of sick and it reminded me of the woman from your book.  I went back to the library, found Killobyte and the chapter I needed and re-read it.  Baal describes what it felt like when she was diagnosed with diabetes as a child.  She describes her symptoms in a very accurate and vivid way and I recognized what her character was going through because I was feeling the same way.  I spent my next few lunch hours in the school library researching, first in encyclopedias and then in a set of medical encyclopedias.

Once I had enough information I went to my mother and told her I thought I had Type 1 Diabetes.  She took me to the doctor who ran a quick test and confirmed my self-diagnosis.

Because I caught my symptoms so early I never went into diabetic ketoacidosis and was able to be treated as an outpatient over the following week rather than having to be admitted.  They put me on insulin, taught me to count carbohydrates and I was able to carry on with my normal teenage life.

I am profoundly grateful to you that you portrayed this illness with such accuracy and detail.  So many times I see diabetes in the media shrouded in myths and misinformation.  The fact that you properly researched the facts, and the way you described them experientially, through a child’s gaze, allowed me to recognize what was going on inside my own body and get help.

Thank you so much.

About an hour later my phone dinged to let me know I got an email. I opened it up to find this:

Thank you for your note. We have printed it for Piers Anthony and he gave us
the following answer for you:

Wow! I am glad my novel helped you catch it early. I was working with a lady doctor who specialized in Juvenile Diabetes, so managed to get it right. I had been diagnosed with Type 2 Diabetes twenty years before, but she reviewed my figures and said the more modern information indicated that I wasn’t diabetic. So the same novel that identified your diabetes took me off diabetes. Later I finally found the problem: low thyroid. I went on Levothyroxin pills, and they alleviated both my fatigue and my mild depression.

I sent the doctor a copy of “Killobyte” when it was published, and she was reading it on a plane, and then forgot it when she deplaned, to her chagrin. Then she heard from a flight attendant who had come across it and found her address in it, but he delayed returning it until he could finish reading it himself.

So there are stories connected to this novel. Yours becomes one of them. I hope you enjoy the company.

I wish you the best of life.

Im so glad I finally sent the email. He’s in his 80s now and his website was designed over 20 years ago but he still updates it regularly and interacts with his fans often. He seems like a sweet guy.